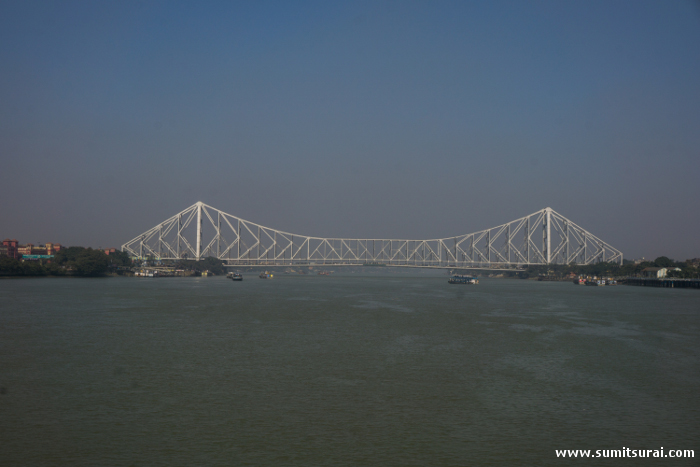 My first experience of boarding a ship was in the late eighties, when a book fair was organised on board a ship anchored in the Khidirpur dockyard. My elder brother and I went there with our father, and I still remember, I was forcing them to walk faster, as I though the ship might leave before we reach. I was pretty disappointed when I found out that it won’t sail. But not for long. As the interiors of the ship mesmerized me. It was an evening which is still bright in my memories. 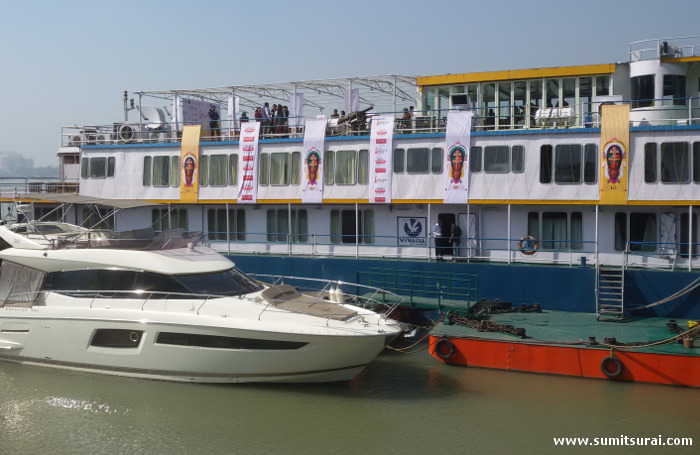 More than 25 years have passed and I have not boarded a ship after that. So, when I got an invite for a river cruise to announce the Apeejay Kolkata Literary Festival 2017, I was naturally excited. More so because this time it won’t remain anchored all the time. So Friday, the 6th of January (it’s also Christmas Day for the Armenians. Read more about it here), I found myself on the Vivada Cruise Jetty, Millennium Park. As I stepped inside the vessel, M.V. Paramhamsa, glimpses of my memory started flashing in. The stairs, the corridors, the deck. 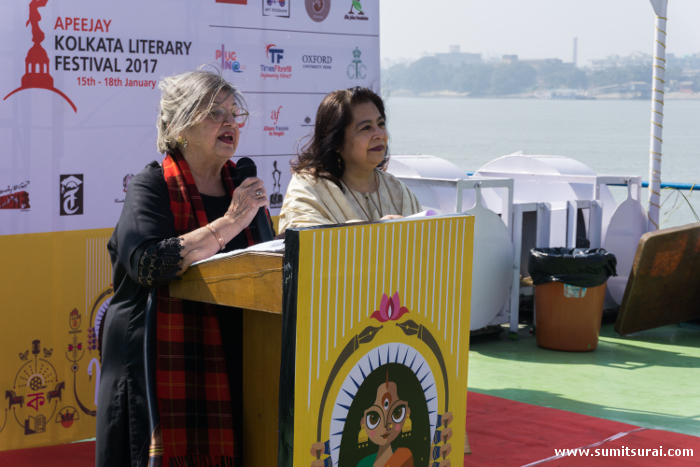 The event was planned on the sun deck. As event directors Ms. Maina Bhagat and Ms. Anjum Katyal was addressing the media, the ship set off from the jetty. On both sides of the river there are numerous heritage structures and it was great experience watching them from the river. As we go pass the Second Hoogly Bridge or the Vidyasagar Setu, the landscape on either side of the river start changing. While the Calcutta side is dominated by the dockyard and ship building structures, the lush green of the Botanical Garden covered the western bank. In between we saw the BNR house, where the exiled Nawab of Oudh, Wajid Ali Shah used to stay and few unidentified towers. 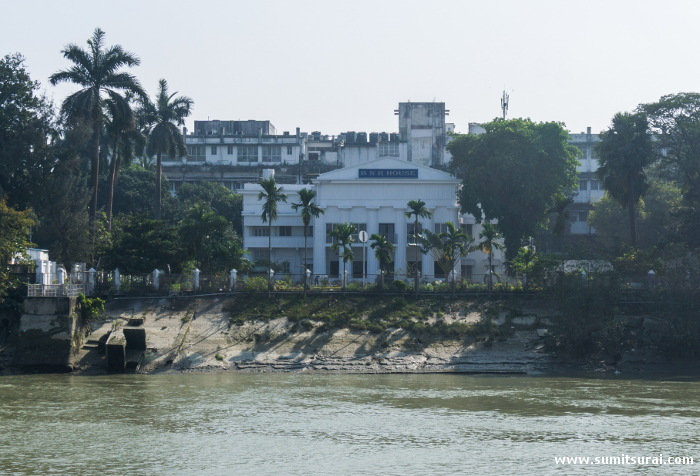 The daily activities on the river and the ghats caught our eyes too. It was good to watch them lazily from the deck while listening to the river songs sung by Ashok Saha of Bhromora. Everything together created a nice ambiance. On our way back we saw few vessels from Bangladesh too. The wonderful journey came to an end as we reached the Vivada Cruise Jetty, from where we started. 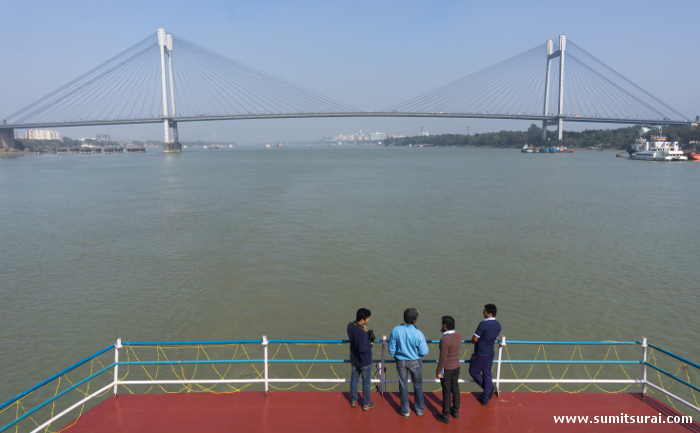 Vidyasagar Setu from the deck

The Apeejay Kolkata Literary Festival this year would be held at St. Paul’s Cathedral (established 1847) and Oxford Bookstore (established 1919) while the closing ceremony will be held at St. John’s Church (established 1787). As all the places are situated in the central part of the city, it will be easy for everyone from every part of Calcutta.

Locals crossing the river from Howrah side 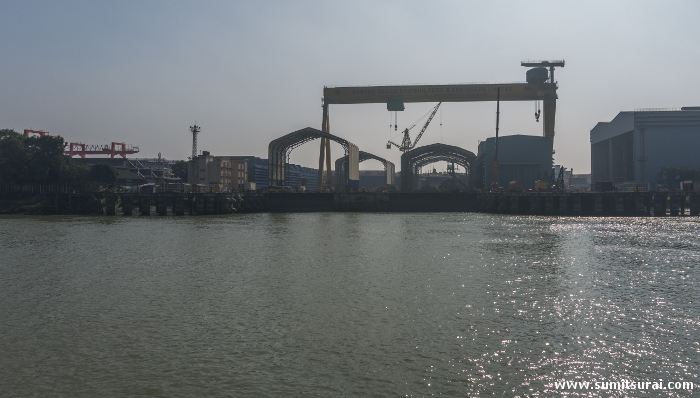 The first edition of Oxford Junior Literary Festival for young readers will involve children from Future Hope NGO and from several shelters outside Kolkata as its chief guests. It will be a two day festival held on the 15th and 16th of January.

The detailed schedule can be downloaded from here. Also their official site is AKLF and Facebook page here. There are lots of interesting sessions. I have picked the ones I will definitely attend. What about you?

What a fabulous idea for announcing a Book Fair. How was the Fair? Did you go?

Yes it was a great idea. However it was not a book fair this time, but a literary festival 🙂 It had excellent sessions this year and is ending today.