The whole world just celebrated the Christmas couple of weeks back. But, do you know, that there are communities, who celebrate the Christmas today i.e. the 6th of January? It might sound new, but they have been celebrating it for centuries. Even centuries before 25th December became Christmas day.

I first came to know about it couple of years back from travel writer Rangan Datta. The Armenians, who settled down in Calcutta much before the British, and build the city’s first church, celebrate Christmas on 6th of January. The Armenian Church of the Holy Nazareth was build in 1724, after their first church, an wooden one, build in 1688, was completely destroyed by a devastating fire in 1707. This is where I attended their Christmas last year.

Why the 6th of January

The exact day of Jesus Christ’s birth has not been historically established, yet. But initially all Christian churches used to celebrate his birthday on the 6th of January. This practice was followed till the 4th century. After that the date was shifted to 25th December to override a pagan feast dedicated to the birth of Sun. It was decided that December 25th will be the official day for Christmas and January 6th will be celebrated as the feast of Epiphany (day that celebrates the revelation of God the Son as human in Jesus Christ). But Armenia continued to celebrate Christmas the orthodox way. Not only the birth of Chirst, but it celebrates His baptism by John the Baptist on this day too, through the “Blessing of Water” ceremony.

I was really excited as I have never attended an Armenian Christmas celebration before. The church was not crowded as the Armenian community in Calcutta is very small. Below are few images which I took.

The Armenians arriving at the church 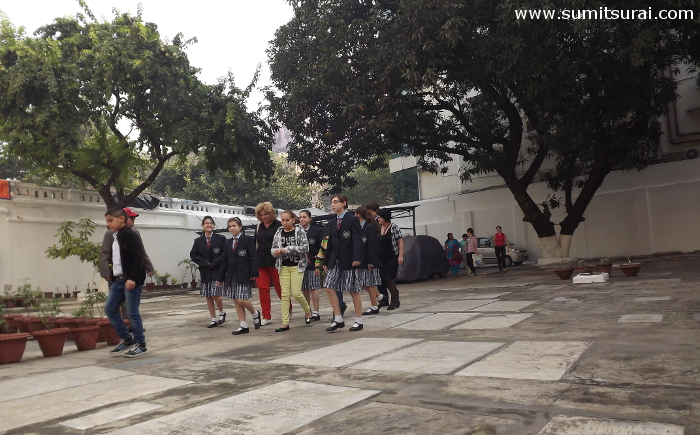 Armenian Church of the Holy Nazareth 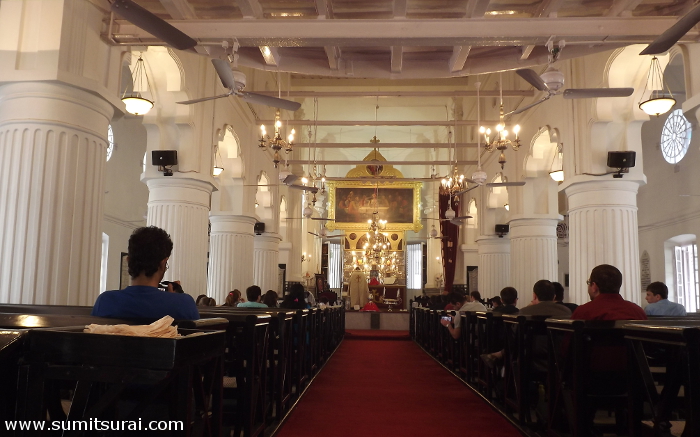 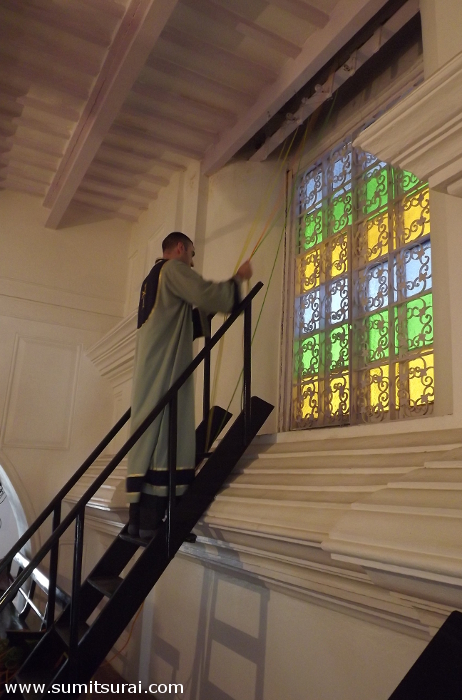 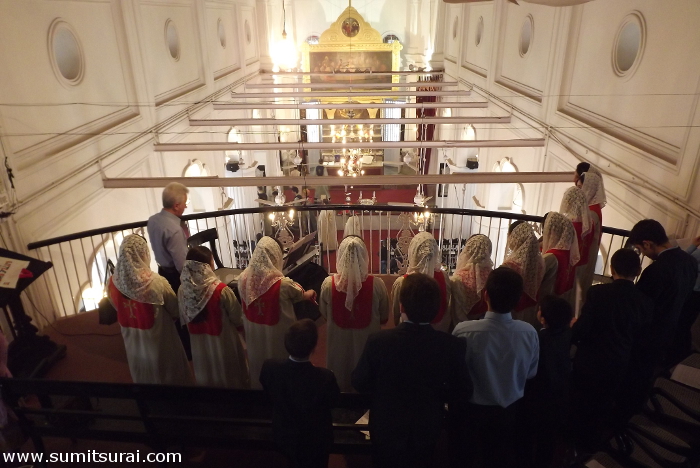 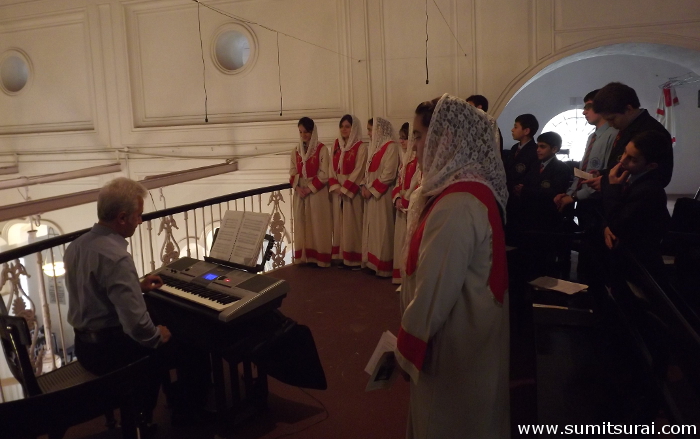 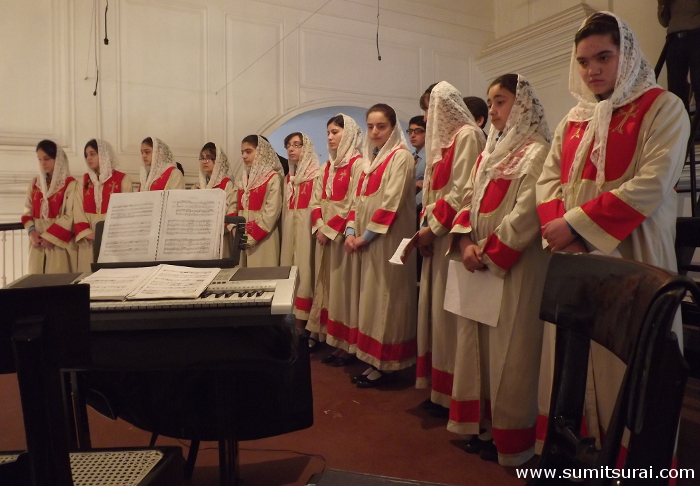 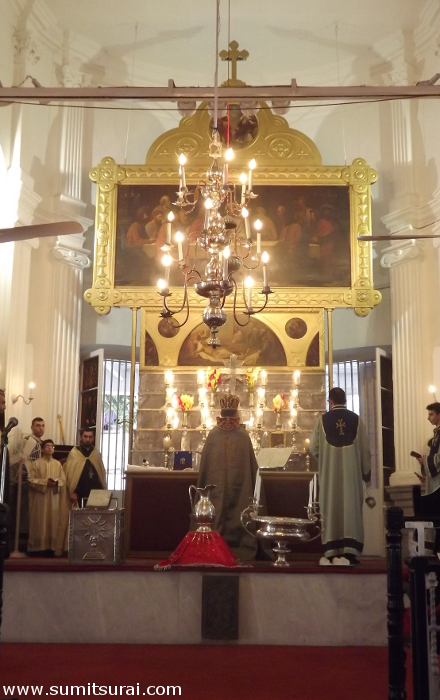 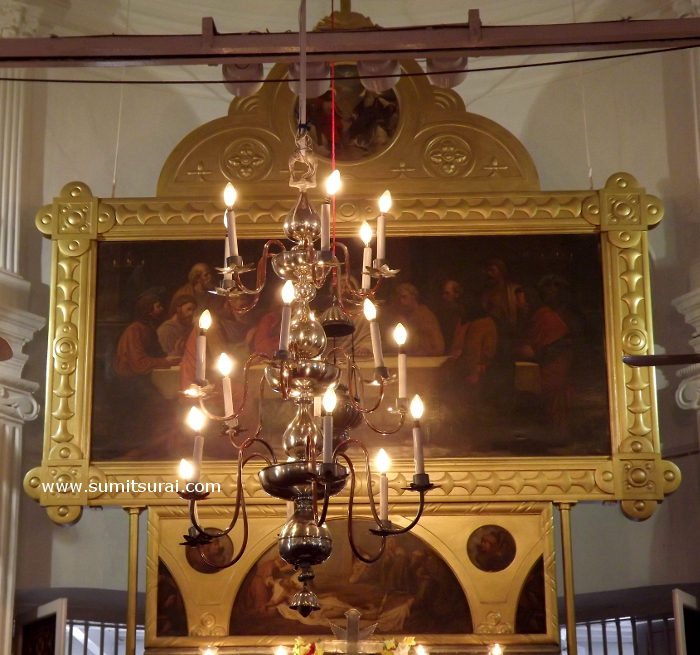 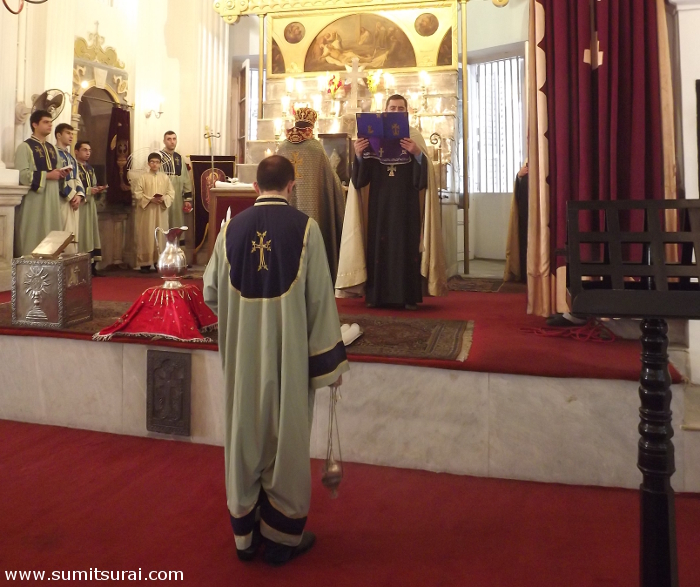 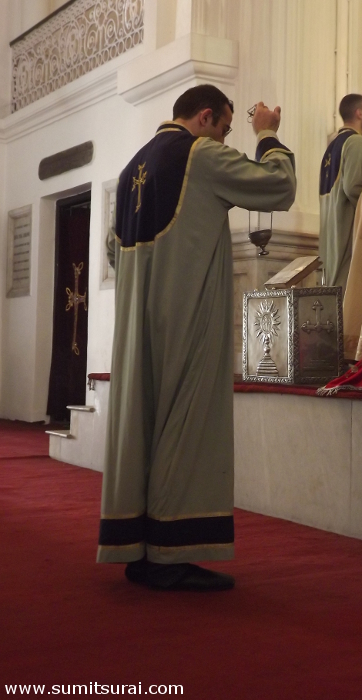 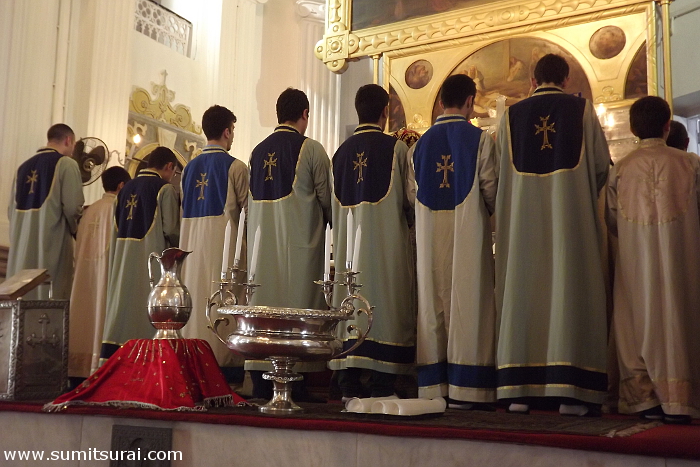 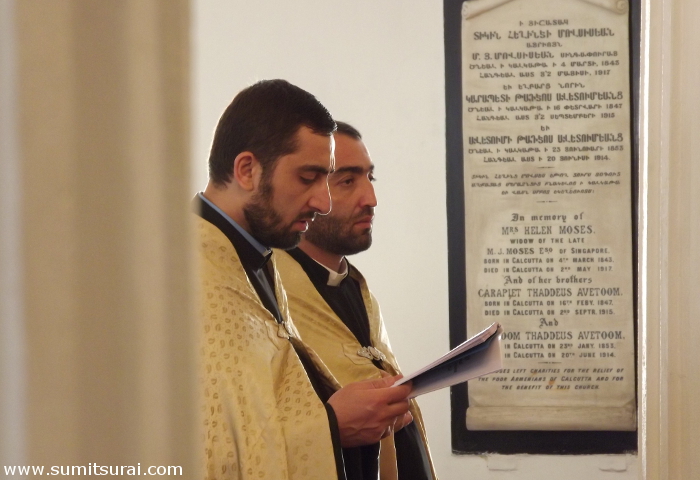 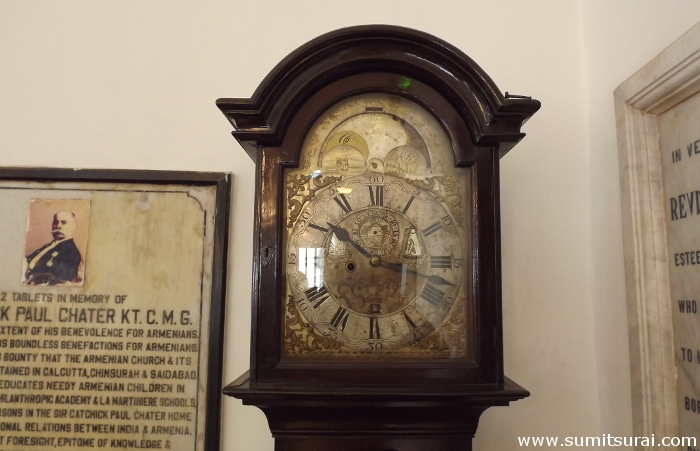 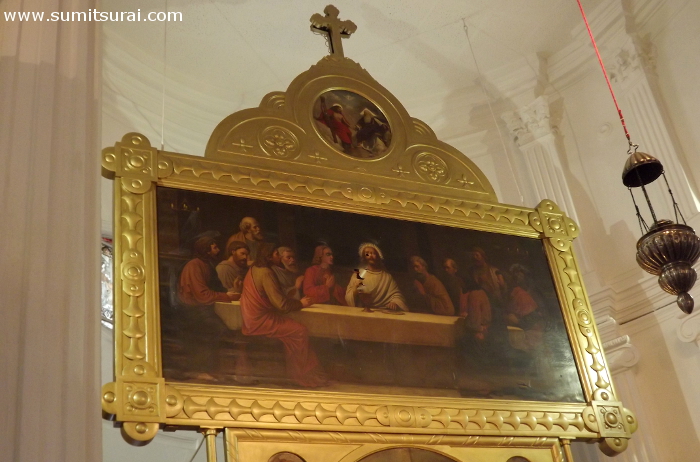 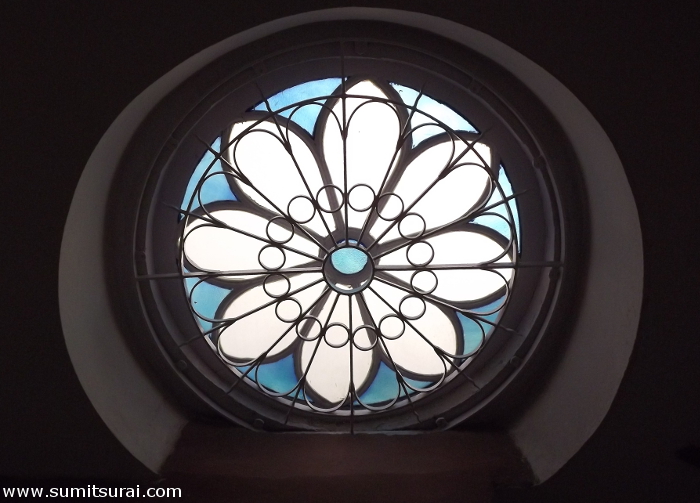 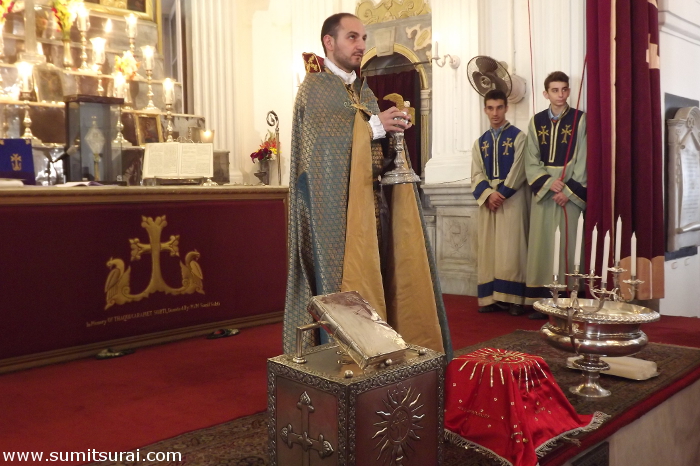 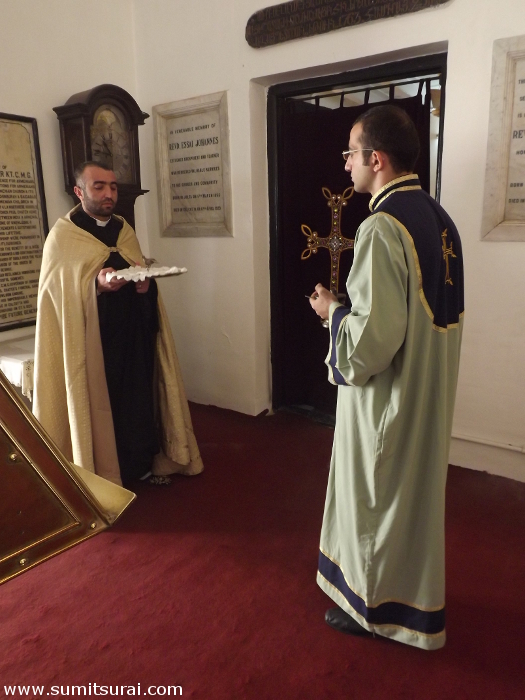 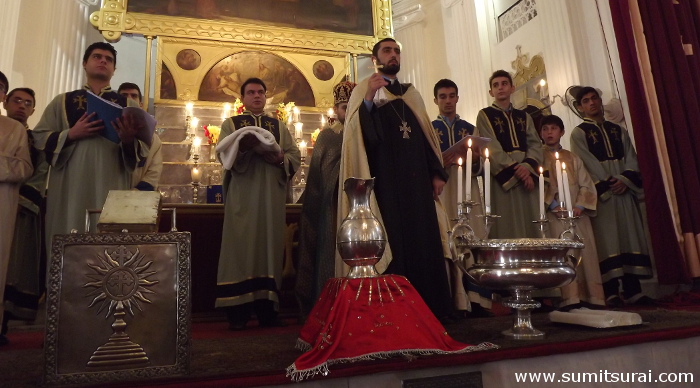 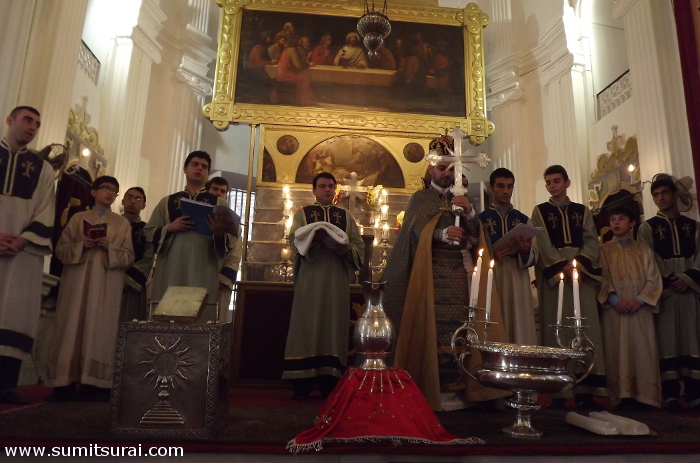 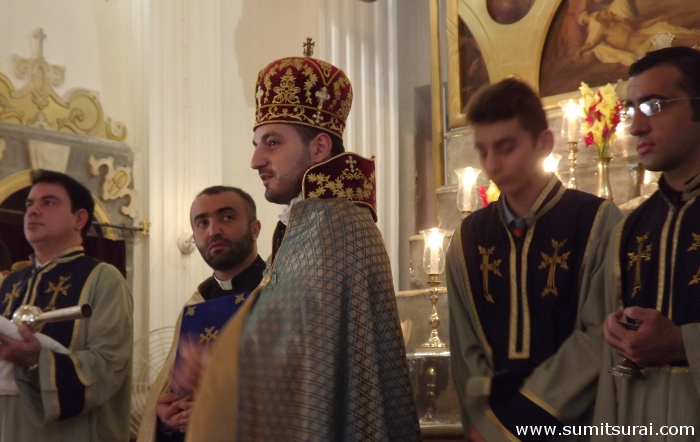 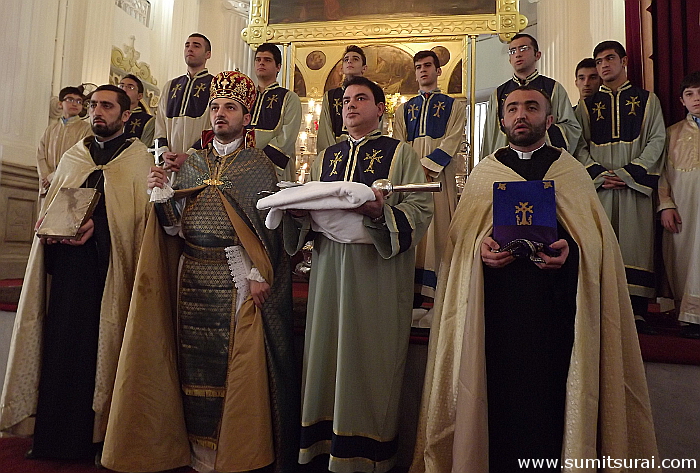 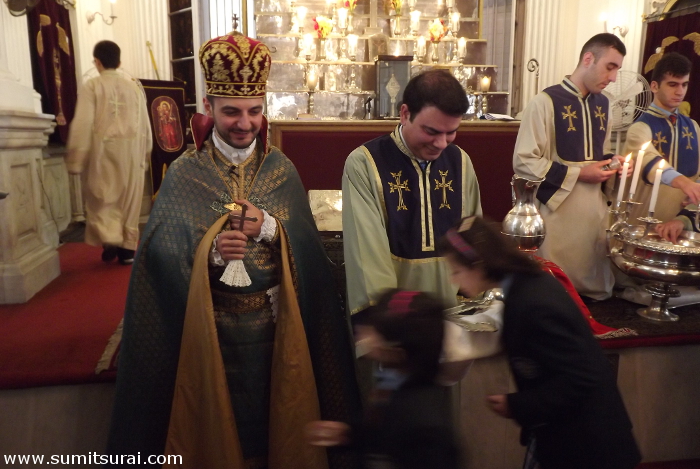 I am grateful to Father Zaven Yazichyan and the Calcutta Armenian community for allowing me to experience and photograph their festival.

Wow, this sounds like such an interesting idea. By the time Armenian Christmas is celebrated I have everything Christmas expunged from my house. I absolutely love hearing and learning about how different cultures celebrate the holidays. Knowledge leads to appreciation and celebration.

What a beautiful church! I had no idea that some people celebrated Christmas on January 6th. On the plus side a ton of things get marked down on December 26th, so I would be hitting the deals the day after. I also really love the attire it looked like you had a very fun and blessed day.

Wow, this is very interesting. I’ve never been to something like this. It would be interesting to see.

This is interesting information. I’ve always known about Jesus not actually being born in December, but I never really gave much thought to the January celebration. It makes me want to study my Savior’s history a little more.

I didn’t know somewhere in the world some people celebrate Christmas in January, that’s an interesting thing to know!

I know about the 6th of January because some Orthodox Christians in the east of my country celebrate it then – I wish I could see one day what it looks like, because I know it only from the stories.

So wonderful that the community and church allowed you to photograph the ceremony. I was taken with wondering how you got some of those pictures. Very special. Thanks too for sharing a bit about the history of the celebration.

I don’t mind the idea of a January Christmas – I think it makes sense with the New Year and all!

I knew there was a different date for Christmas originally, but didn’t know the whole story behind it. I think it would be really great to be able to celebrate it somewhere else, like Armenia, to see what they do and how they commemorate the day. Great photos!

I always love to see how other people celebrate their religion and holidays, even though I’m not religious myself. Thanks for sharing this fantastic experience!