Chanda Dutt is no unknown name as far as Calcutta food circle is concerned. She had been organising Burmese pop up dinners, named Authentic Taste of Myanmar, at her Beniapukur residence for the past few years. Hailing from Taunggy, Burma, she is an expert cook of the cuisine and these pop ups were the only place for Calcutta foodies to relish Burmese food, as there used to be no dedicated joint for the same. I was eager to attend one of these pop ups, but unfortunately the dates clashed with other important jobs always. So, when I heard she will be opening a restaurant, a dedicated Burmese one, I was really excited. 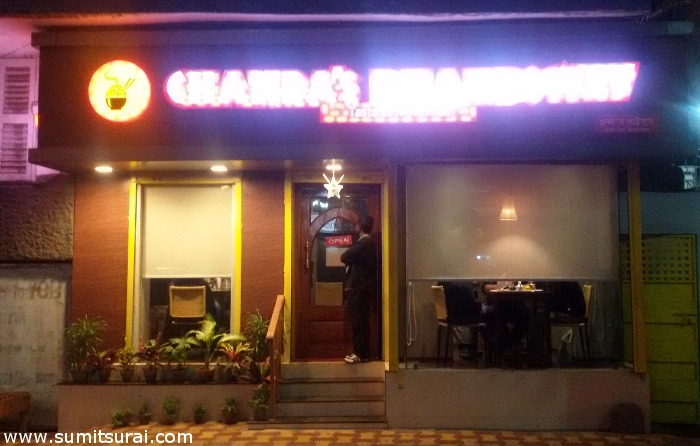 The eatery is a small one near South City College, Golpark. There were four tables (a two seater, two three seaters and one six seater) and a small cooking section. But the place is nicely done and feels cosy. I loved their choice of song too. The menu, like the place, was small, with only two main dishes. Also there were two daily specials on offer. 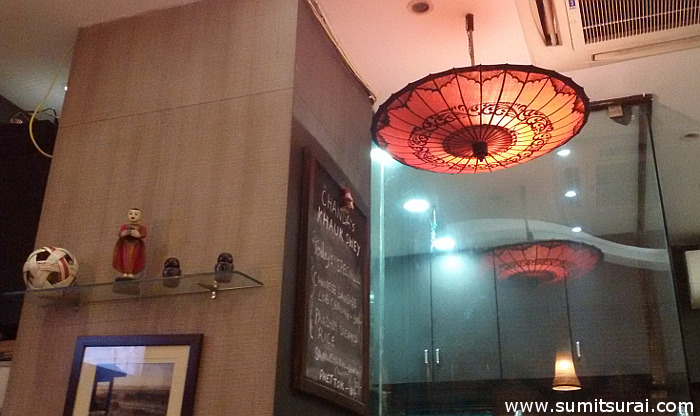 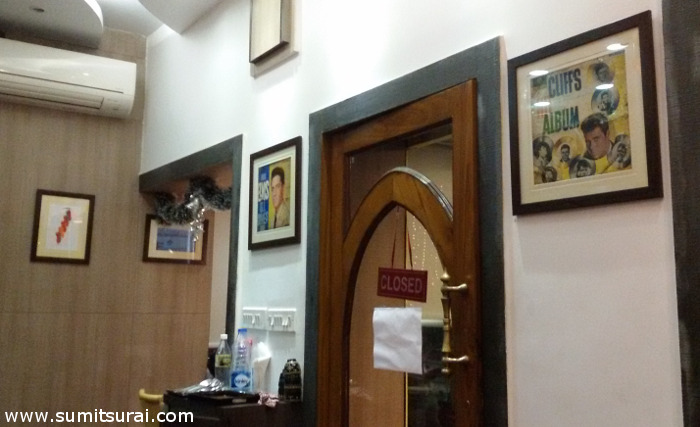 We ordered Pazun Gyaw as starter. Five deep fried shrimp cakes were served in a plate with a dip. The shrimp cakes were good, but nothing extra ordinary. Though it was a shrimp cake, the taste that dominated was of the rajma, which was added with shrimp paste. The dip was good. 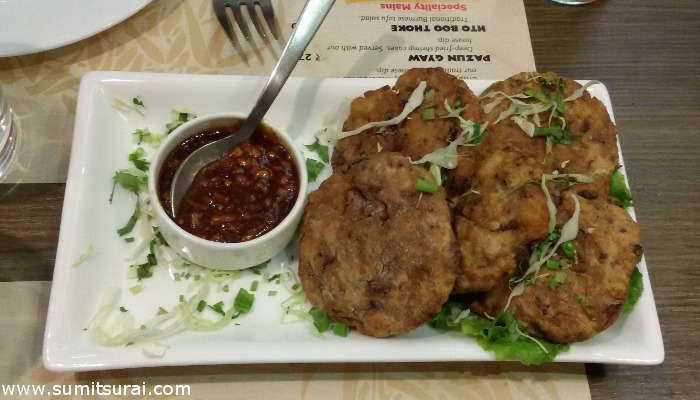 The next dish we ordered was the Ong No Khaukswey, the signature dish of the eatery. It is a Burmese noodle soup made with Chicken broth and coconut milk. Along with the noodles, a lot of other things were also added, like fried garlic, fried noodles, boiled egg, cilantro etc. A lemon wedge was served along with it. I squeezed the lemon, added a bit of fish sauce and fried garlic and took the first spoon. Awesome! Loved it. This is what signature dishes should be like. 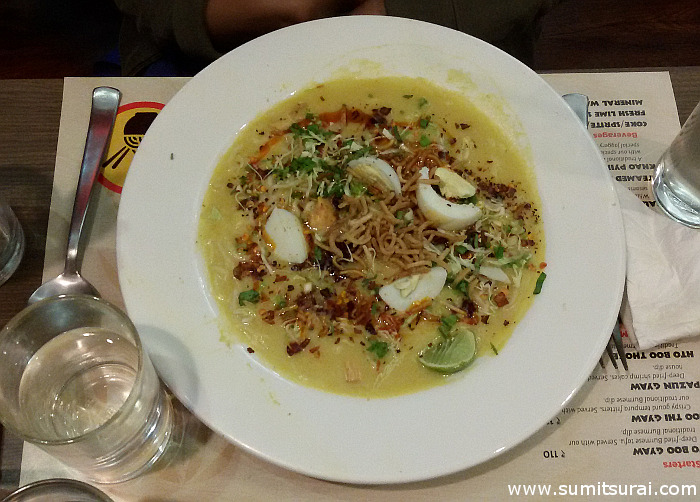 Ong No Khaukswey – The signature dish 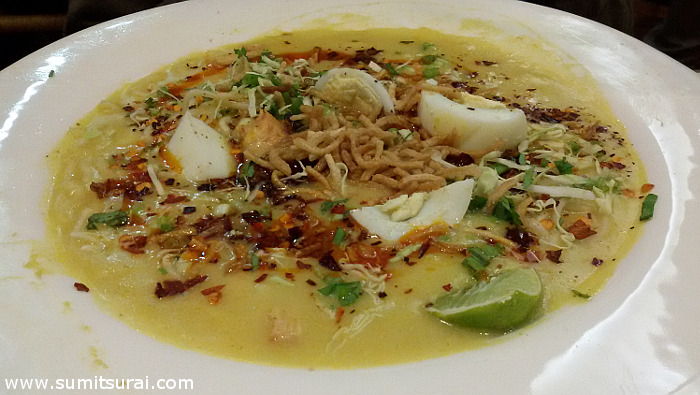 Next was the Wet Tha Si Biyan, Burmese red and gold pork curry served with steamed rice and sauteed greens. One look at the curry and I was bowled over. It looked mouthwatering good. I mixed it with steamed rice and took a spoon. Awesome it was. Full of flavours. The pork pieces were juicy, succulent and there was good amount of fat, which I loved. I can come back here again and again only for this dish. 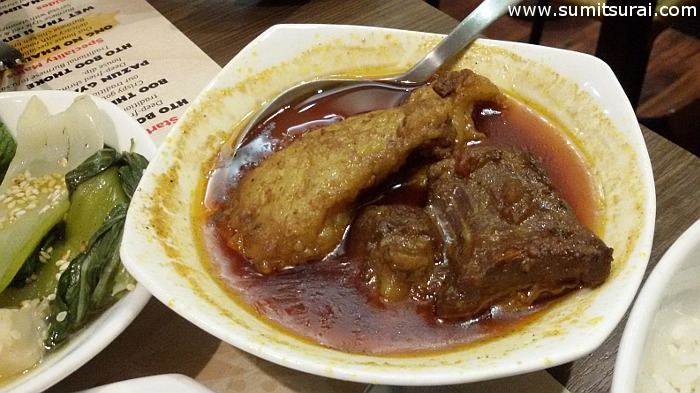 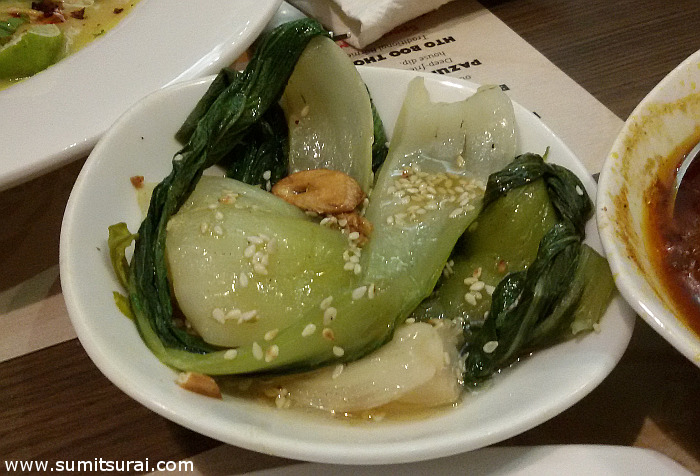 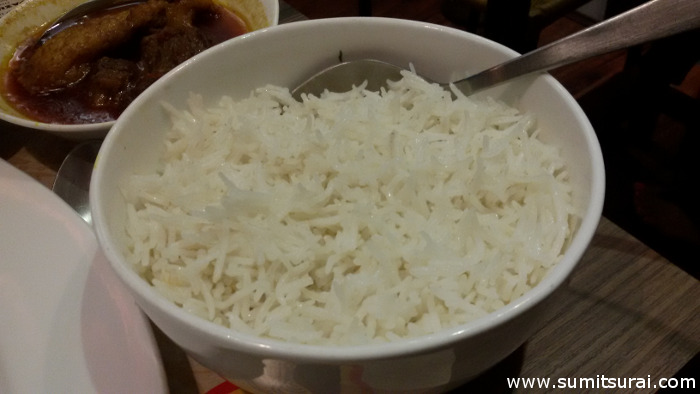 The daily special Phettok is what we ordered next. It was fried sticks with chicken filling. Tasted like fried momo. As am not a big fan of fried momo, this dish was not for me. 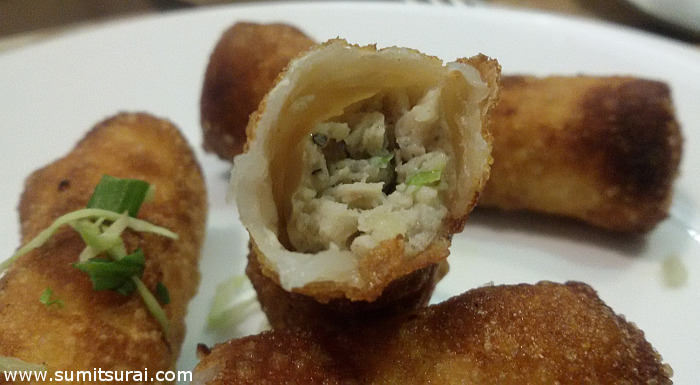 We also packed the other daily special, Chinese sausage (Lob Chaung) with Pakchoy steamed rice. Chinese sausage is a bit sweet, so if you are ok with sweetish sausage, you will find the dish comforting. A simple dish, which I enjoyed at home after adding vinegar soaked chilies. 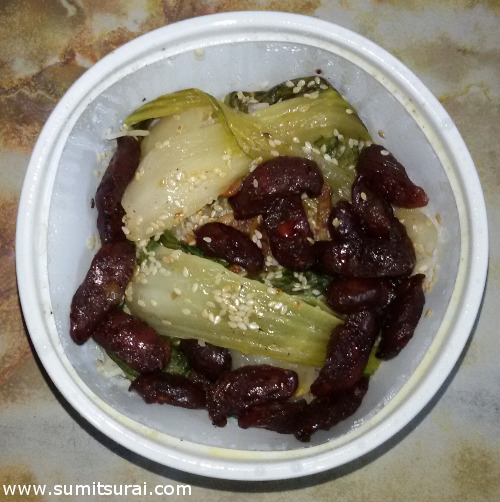 In all the experience was pretty good, and, for me, they have nailed their two mains. Next time will be trying the other starters and the dessert. Hope they will be good too. I read they want to keep the authentic taste here and not modify it according to local palate. That, according to me, is a huge huge plus. We need more restaurants with this mentality, to taste real food from around the world. I also read they want to keep their menu small with the added daily specials. But I sincerely hope they change their mind here and add some more variety.

The presentation is good. Looks so tempting.